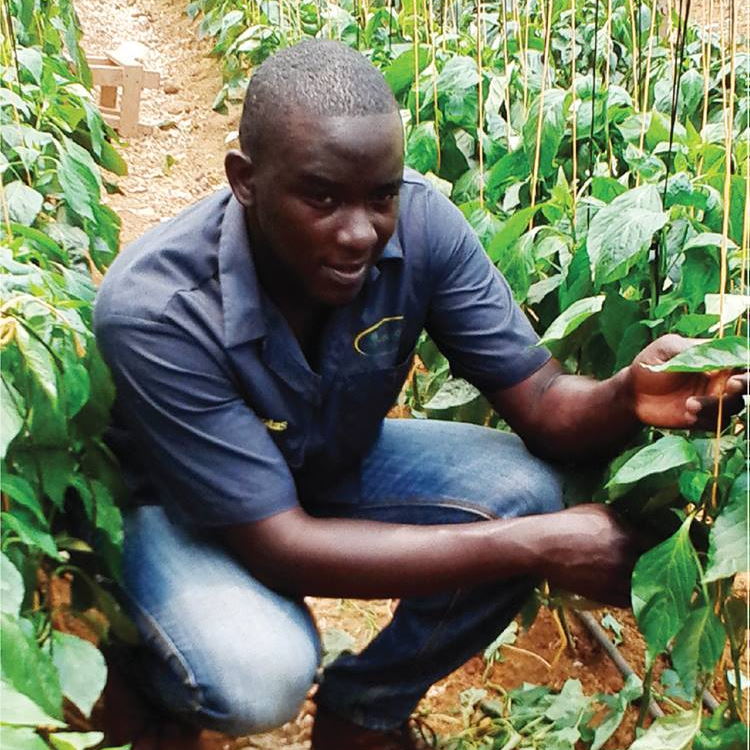 Nicholas manages several green houses and has increased his acreage to produce yam, sweet potato and cocoa. This was made possible through the assistance of funding provided by JYBT. He is very passionate about farming and has achieved success, despite the many challenges one faces especially in agriculture; however, he remains committed. So much so that his future plan in helping to move agriculture forward, tissue culture is something he would want to get involved in when he has established himself enough and have enough capital to take on such a venture.

The 28-year-old farmer, who hails from Mount Pleasant, in Manchester, has been involved in the sector from an early age and has won several other awards, including the Jamaica Agricultural Society’s (JAS) National Young Champion Farmer for three consecutive years, from 2010 to 2012; and the Inter-American Institute for Cooperation on Agriculture (IICA) award in 2012.

He is also the 2010 recipient of the prestigious Prime Minister’s Youth Award for Excellence in Agriculture.